How to choose the most effective mineral form for your supplement

Magnesium citrate, magnesium bisglycinate, magnesium oratate, magnesium oxide – they all line the shelves of a dispensary and it can be a daunting task to determine what the differences are and which one is best absorbed by you. Supplemental minerals are beneficial only if your body absorbs them. If you’re not absorbing, it’s not helping you.

The different forms of minerals differ by what the mineral ion it is attached or “chelated” to. Chelate means to form a bond; in loose terms it means “bound to”. Chelate act as a claw binding the molecule to a mineral ion. Chelators in nutritional supplements, for the most part, include amino acids, organic acids, proteins, and occasionally more complicated chemicals. When a mineral ion is chelated to a molecule, it will go wherever that molecule goes. So a molecule that’s well absorbed will lead to a mineral chelate that’s well absorbed. It’s like a little biochemical hitchhiker.

So which form offers the best chance for optimal absorption? The short answer is one that does not break down in the digestive process and can be absorbed quickly and easily across the gut wall into the blood stream. Sometimes mineral ions are bound to things that do not form the tightest bonds. They are weak chelates. To continue with the hitchhiker metaphor, this essentially means that they might lose their ride when exposed to the acid, enzymes and agitation of the digestive process. From there, they may be able to pick up another ride somewhere in the digestive tract from other foods that you have eaten, since the stomach allows for some chelation to naturally occur. Or the mineral ions may remain in ionic form (no chelate) and try to get absorbed as is.

Does the mineral form actually matter? While the differences between some of the forms of mineral supplements may be minimal, there are consequences to taking a mineral in a form that is poorly utilized by the body. For example, when a meta-analysis found that people who supplemented calcium were more likely to have a heart attack. While the media ran with this as a means of demonizing all calcium supplements (and by extension all supplements in general), there was a more logical answer that was overlooked by mainstream press.

Poor forms of calcium (like a calcium carbonate, limestone or coral calcium) need to be chelated by the body before being absorbed. This requires a strong acid environment in the stomach. Combine using poor forms of calcium with an under-performing stomach, (as most stomachs are these days) and you’ve got a recipe for calcium that embeds in the tissues instead of in the bones.

Another example involves iron supplementation. Some MDs prescribe ferrous sulfate, a very poorly absorbed form of iron. Some people have been prescribed super high amounts (around 300mg) when the recommended daily amount is less than 30mg; since so little of it is absorbed, all that ferrous sulfate ends up causing gastrointestinal distress like constipation.

Amino acid chelates were thought to be vastly superior to any other form since the body already has a well established mechanism for absorbing amino acids across the gut wall. Having a mineral atom on board as a hitchhiker just means it will get absorbed that much easier. But research now supports other forms being fairly easily absorbed as well. Some amino acid chelates include bis-glycinate, methionine, aspartate and taurate.

In foods, minerals are most often found in inorganic salt forms (like carbonates, chlorides or sulfates). While our bodies are accustomed to dealing with inorganic salt forms, the body’s system for transporting minerals can sometimes impede absorption of all minerals that share the same transport channels. An example would be iron and calcium that compete, or zinc and copper which compete for absorption through the same doorway. Food-forms may not be best at accomplishing higher-than-normal absorption simply because it has to rely on these same channels.

So which form is the best? This is a question we get often and the answer: it depends. Mostly it depends on what your goals are. If you have a specific condition you’re targeting, specific forms will be more desirable than others.

Research suggests that the inorganic mineral salts (food-forms) are sufficient for correcting general deficiencies. However, more specialized sources are needed for correcting disease-caused deficiencies and for bypassing the mineral regulators of the body to get more minerals into the cells than they naturally would achieve on their own. Amino acid chelates seem to be the best at achieving these purposes followed by organic salts; picolinates and orotates in particular.

To determine what form is best for you, consult a naturopathic doctor who will be able to make recommendations based on your particular case. 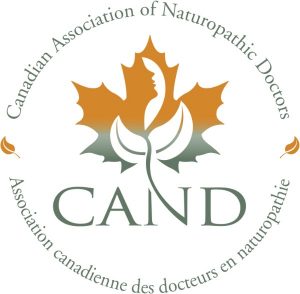